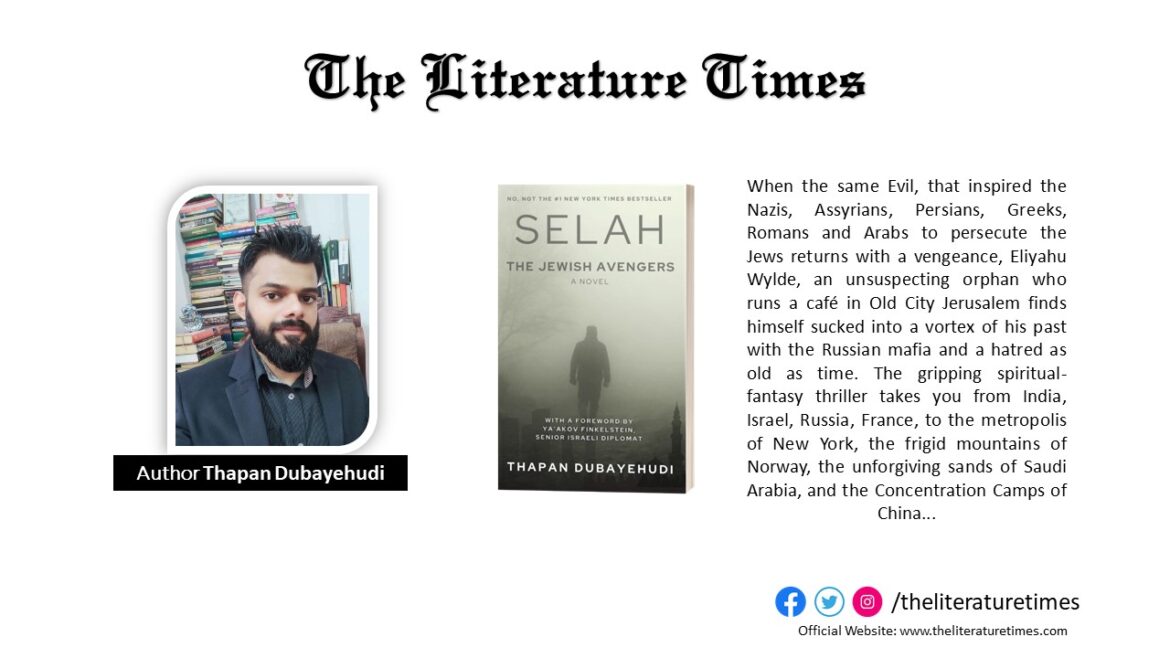 When the same Evil, that inspired the Nazis, Assyrians, Persians, Greeks, Romans and Arabs to persecute the Jews returns with a vengeance, Eliyahu Wylde, an unsuspecting orphan who runs a café in Old City Jerusalem finds himself sucked into a vortex of his past with the Russian mafia and a hatred as old as time. The gripping spiritual-fantasy thriller takes you from India, Israel, Russia, France, to the metropolis of New York, the frigid mountains of Norway, the unforgiving sands of Saudi Arabia, and the Concentration Camps of China…
Mixed with World War 2 history, this fiction tells a tale of the Jewish people, the State of Israel, the Zionist movement, the rise of Antisemitism, and an epic supernatural struggle between good and evil; from Yehuda Maccabee to the modern Israeli in a politically charged Middle East. The compelling narrative of a mosaic of characters including Kabbalists who dive into Jewish wisdom, Jewish mentality, Jewish history, Jewish mysticism and the Jewish esoteric Kabbala. The Israel-Palestinian conflict, the situation of Palestine, the international relations of Israel and the Arab countries are also heavily touched upon in this fantasy novel.

Thapan Dubayehudi: Thank you. I’m happy to report that I’ve been getting great responses internationally, to have a senior Israeli diplomat write a foreword for you on your debut novel is also something not every author gets, so I believe that’s a huge bonus I had, and that has also reflected in the impressive international sales statistics.

The Literature Times: What encourages you to become an Author?

Thapan Dubayehudi: since childhood, language has fascinated me, over the course of my teens, I’d learned 12 foreign languages fluently, so I guess it’s safe to say that words are my greatest passion, hence it is also the major encouragement for me to be an author.

The Literature Times: What are your favorite topics of writing? Please tell us something about your interest areas in the literature.

Thapan Dubayehudi: espionage, Judaism and fantasy. Being one of the few Jewish people in India, combining Judaism, fantasy, elements of espionage, warfare, adventure, and investigation would be the perfect word-soup for me.

The Literature Times: We were hoping you could tell us about some of those writers who had inspired you and whom you follow!

Thapan Dubayehudi: first inspiration is definitely J. K. Rowling, not just her works, but also her personal life; though I don’t agree with her politically on many things, I believe she’s one of the greatest writers of all time. Another inspiration would be Desmond Bagley, the acclaimed espionage writer.

The Literature Times: The titles seem different and catchy; how you decided it? Please let us know the story behind it.

Thapan Dubayehudi: “Selah” is a word in the Bible whose accurate meaning still remains a mystery, translators have been unable to find the real meaning of it, I thought It’d be best for my novel whose story is deeply Jewish and mysterious in the way it deals with life’s many questions.

The Literature Times: What are your achievements so far? Tell us something about your writing career.

Thapan Dubayehudi: well I’ve just begun my novelist career. Beyond that I’ve achieved a few accolades, I’ve been the most successful student debator in India with 34 international debate victories during my college days. I’d also served in the British Army and was also a state guest to the Sultanate of Oman. Apart from that I’m one of the handful of people who teach Hebrew in India.

The Literature Times: What is your current goal in writing a career? How do you see your future in writing?

Thapan Dubayehudi: to write a novel that touches people’s hearts and makes them remember it for decades. I don’t have big expectations, but I hope to be recognized as a successful writer in the future.

The Literature Times: Are there any other books being worked by you? Please let us know about your future projects.

Thapan Dubayehudi: The sequel of Selah and a completely different book set around the Formula 1 motorsports

The Literature Times: How you see Indian writing in the 21st century? What changes do you see in the modern way of writing? Do you feel it has been changed by the time?

Thapan Dubayehudi: huge leaps have been made in the Indian writing landscape, but of course, more leaps are yet to be made.

The Literature Times: How easy/ difficult it was for you to publish your book? What message would you like to give to budding authors?

Thapan Dubayehudi: It was quite easy, not a hassle with services like EvincePub. A message? Well, just keep writing, set a goal, for example a page a day or 500 words a day, no matter what happens, don’t stop.