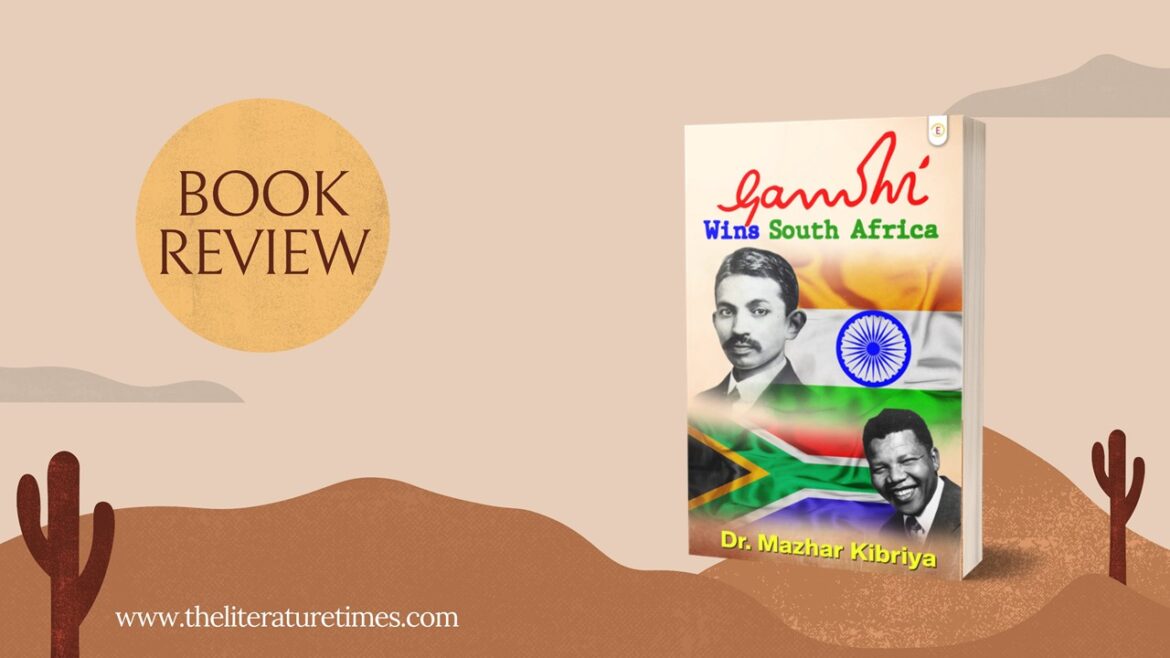 This book serves as a tribute to the Father of India as a nation, Mahatma Gandhi and also pays homage to the first democratically elected president of South Africa Dr. Nelson Mandela, both of whom had served similar interests in alleviating the social evils to eradicate discriminatory practices and to assure that all individuals receive equal rights and share an equal sense of responsibility. While the former taught India the lesson of non-violence that won hearts and contributed heavily to the various movements of the Indian freedom struggle, the latter worked for establishing equality under the banner of anti-apartheid protest. At 190, this non fiction book is a moderately long read which serves to explain the significance of the ideologies of these individuals and the value based education that they provided that serves as a life long lesson to those who read their life’s story and assess the struggles they had to go through to establish positive change in the right direction in society. The book opens with quotes given by Gandhi and Mandela on a single page with their portraits on the sides. Some of them by Gandhi include: “Truth is one, paths are many” and “Non-violence is the weapon of the strong” while those by Mandela include “For To Be Free Is Not Merely To Cast Off One’s Chains, But To Live In A Way That Respects And Enhances The Freedom Of Others” and “Gandhi Holds The Key To Humanity’s Urge For Social Justice. Follow Him With Conviction And Courage. I Have Always Found Him A Real Source Of Inspiration.” While the book stands as a tribute to and a source of learning from the life of Mahatma Gandhi, it is not necessarily a comparative study of Gandhi and Mandela. Rather, the book reads as an deeply analytical piece on the life and times of Gandhi, the many challenges that he had to face and the manner in which he stood in the face of those challenges against all the odds to establish social justice and equality. However, the most important point to be note dis that Gandhi was able to establish all of the socially just measures through a non-violent means. This lays emphasis on conducting a study on a historical figure like Mahatma Gandhi. The author explains that as we are living in an age of violence and warfare, the figure of Mahatma Gandhi becomes all the more important to study. This is the motivation behind penning this book. The book is well researched, full of information but not boring as it does not only relay the factual points but also adds an understanding and explanation of those points through assessing the manner in which Gandhi tackled the social issues at hand during his time and the reasons that made him successful. It also looks at the gradual manner in which Gandhi was able to attain his goals despite facing opposition and a set of unprecedented challenges. Yet, it was his determination, patience and a good understanding of social justice that led to the attainment of his success. The book is more like a critical appreciation of the life and time of Gandhi, his work and his socio-political efforts. It does not blindly praise Gandhi as a historical figure who changed the world for good through non-violence but assesses the steps that Gandhi took that led to his success. In this sense, the book is an analytical one and not merely descriptive. It reaches the conclusions that it does in a gradual and scientific manner. The content is not overly appreciative of the measures of Gandhi but looks in a logical and rational manner at the methods adopted by Gandhi, the means through which he earned his respect among the people and the humility and simplicity that he maintained all along which gave him the title of being a great soul or Mahatma. On the other end, Nelson Mandela is presented as a follower of Gandhi and Gandhian principles which he imbibes in his political practice as well. The presents Mandela as a student of the life of Gandhi that has helped him to serve humanity better and be a good example of a leader for social justice and change. Dr. Nelson Mandela is analysed as a student of the Gandhian principles of non-violence, moderation and self discipline. Mandela championed the cause of democratic ideals that reigned in South Africa at about 200 years after the time of Gandhi in South Africa which is studied as the positive effect and influence of Gandhi in South Africa and over its people. This dawn of democracy was led by Nelson Mandela against a racist regime in South Africa which is studied in this book as a testimony to the monumental efforts laid down by Gandhi on the path of non-violence and democracy. The narrative style in this book flows in a moderate pace. The language is simple and easy to follow. There are not too many difficult words that find place in the content of this book. However, that does not mean that the language is not up to the mark. Rather, it is the simple expressions of the author that exude humility and imbibe the spirit of learning in the reader’s mind. The book is well researched and comes with an appendix and a thorough bibliography with the primary and secondary sources included. On the whole, the book has a freshness that makes it an interesting read for definitely more than once.