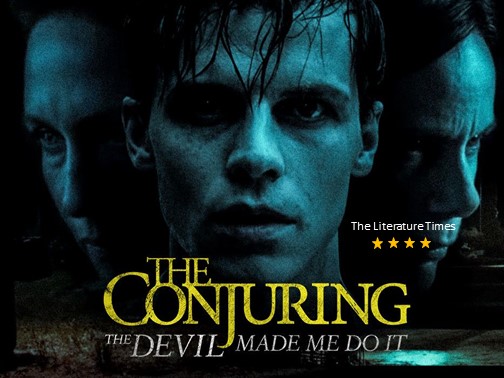 This movie is premiering on HBO Max, which is not available in India, BUT if you have the right VPN, you can take the HBO Max subscription and enjoy this movie.

As I stay in the Gulf, I can see this film on the big screen. I’m not adding salt by offering you the plot from this film in detail.    But I will try to give you an overview of this movie. If you have a weak heart, then I suggest you don’t go out on a limb to watch this movie.

At the end of the movie, we can all see a new collection is added in Ed Warren Museum. Some original footage the audience can see some real pictures and audio.

The film is engaging, and if you always understand Conjuring Universe, you should watch this film. You are sure to appreciate Conjuring 3; The Devil Made Me Do It.

I’m throwing five stars in this movie. In the entire film, I didn’t feel bored, and I wasn’t sleeping. This movie is a treat for all Horror Lovers. Now go, what are you thinking?