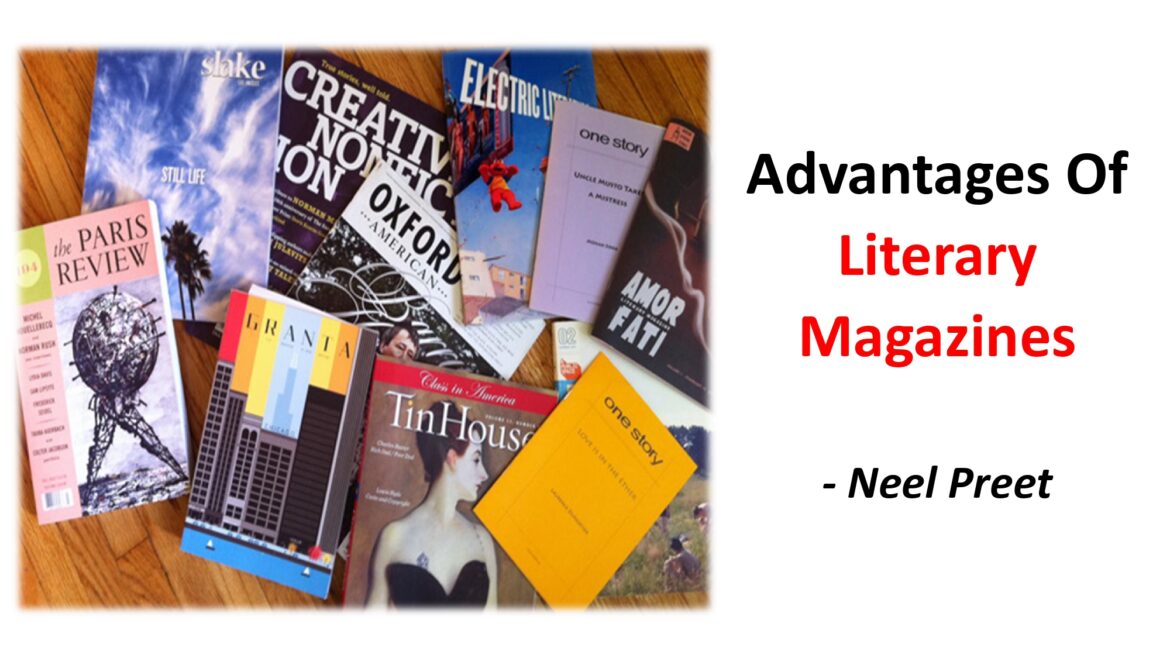 If you believe that book reading is essential then trust me reading magazine is cool. A magazine has its own value; whether you sit on a flight or wait in the sitting room of a corporate office, go to a salon or visit so many other places, you will always find magazines placed over there for reading!

Magazines are not just meant for reading, they are nothing less than any lifestyle product for the people who are opinionated. Interestingly just like books, the magazines too are of various genres and today we are going to talk about the various aspects of the Literary Magazines!

In addition, the Literary Magazines may be printed or online, or more commonly now, a combination of both. They are sometimes funded through grants and others are associated with and funded by a university or an independent press. Some earn funding through subscriptions or through sales.

The difference between a Literary Magazine and a Journal is one of semantics. They are effectively the same thing; however, there are subdivisions within their ranks. Most modern Lit Magazines will have a website and will offer periodical print issues and this is where they differ.

What do Literary Magazines publish? Literary magazines typically focus on a niche be that short fiction, poetry, essays, book reviews, art and/or photography. Some magazines publish a combination of these things, and the focus of an individual lit magazine can be as broad or as narrow as the operators’ interests or field of experience.

Some Lit Magazines limit themselves by geography serving only their own locale, others limit themselves by theme, and some operate a broad submission policy. Most lit magazines actively encourage submissions by new writers, in fact for many of them; new writers are their bread and butter. Typically, the work published by a lit magazine will have a literary feel. Substance and insight will carry more weight than plot. The fiction published in a lit magazine will be character driven rather than plot driven.

There are many literary magazines, they cater for various genres, from poetry, to reviews, to short fiction, even sci-fi, horror, and fan fiction can find homes in lit magazines.

Now, let us focus upon some of the prime advantages of the Literary Magazines –

1) The literary magazines helps in recognizing the upcoming Authors and Writers by introducing them. Well, lit magazines often publishes about the budding authors so that they also get the recognition by the readers’ community.

2) They are fascinating and inspiring artefacts of literary history. By reading them, you can have a good idea of that moment’s literary pulse.

3) Most the Editors of the Lit Magazines are generous people. They love words, and they love to find new writers, names that have not made it to bookstores, the writers with big dreams and aspirations!

4) Writing is often an individual, distant activity and the Lit Magazines are a community of contents. Writers scattered across states and countries who share the same space.

5) Lit Magazines are perfect materials for teaching. Literary magazines are little homes for words. They are regular anthologies, bound by theme, taste, or timing.

6) Literary magazines exist on the periphery of the literary world, and as such, are free to publish work that captures that periphery. Writers and ideas from the margins.

7) They are little books but you do not need to read them like books. Scan the table of contents. Jump around. Set the magazine aside on a bookshelf, one page corner bent back, a napkin folded between the pages of a long poem.