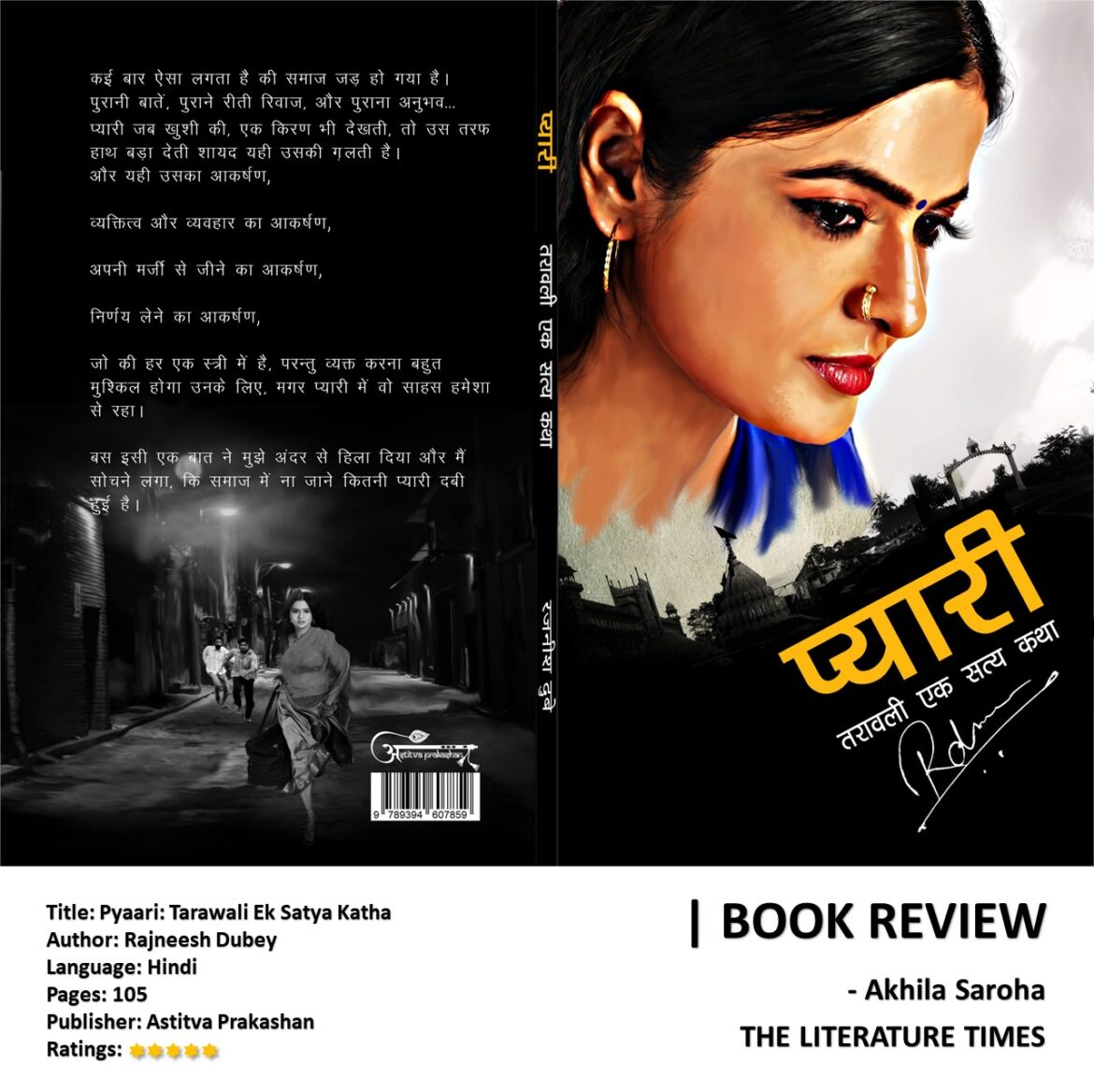 When stories inspired by true events find their place on the literary canvas, the experience the readers get is far more realistic and thought-provoking. These stories instigate people to ponder, analyse life situations and try to place themselves in those situations and imagine their reactions. “Pyaari: Tarawali Ek Satya Katha” by Rajneesh Dubey is a story that takes the readers on a spin through different situations as time changes in the life of the characters he shows. At the same time, he successfully raises issues of social relevance that have been a fragment of society for a long time but still rarely find mention. Through the story, Dubey talks of different aspects of individual life, family life, the life of a group of people, and life on a social level. The book has also been translated and published in English language titled: “Pyaari : Tarawali The True Story”.

Through the character of the woman Pyaari, Dubey creates a world that centres around women and their supreme power to entice and attract men but also presents them as an object of ridicule, victims of patriarchy which is practiced not just by men but by the women too. Rather, women are shown to practice it far more as the story does not feature men speaking in opposition to women. Through Pyaari, the author shows a person who is trying to live life on her terms and facing the bitter reactions of society. Her 2 marriages prior to the marriage to Laxman are a testimony of her desire for independence and choosing happiness above misery or the unmentioned issues she faces. She shows her strength and integrity of character, who does not want to be in any shackles and live life as per her terms and needs. After her marriage to Laxman, her sad behavior due to being ridiculed by the villagers shows her sensitivity and the feelings she has as a human being and as a woman. The behavior of the members of her own race justifies the fact that women are the victims of their circumstances, as perceived by society.

Simultaneously, Laxman’s character proves to be a step ahead of his time even in innocence when he has no strings attached, even when marrying a twice-divorced woman who would otherwise be shunned by all. He may have been enamored by her beauty, but his love for her, even after the passing of time, expresses that his emotion was far beyond the body. His character shows the situation of a regular person who feels the need for a sense of belongingness and to share his life with his partner. His clash with his family members in the initial stages of the story is typical of the fragment of the Indian society and its setup. His initially thriving tea stall facing tough competition as time passes also shows the changing life situations where every person is struggling for survival and to sustain themselves somehow. Due to the steep competition, things become far more difficult, which is also seen in the book.

The celebration of the birth of his daughter by Laxman shows his modern and all-embracing attitude where the gender of his child has no influence on the love he would have for his children. This finds ample reflection in his excitement about the birth of his daughter and accepting her whole-heartedly. This attitude also defines his personality as being ahead of his time even when he has limited means to sustain himself and his family.

“Pyaari,” as a short novel, raises issues of concern for any reader to analyse, understand, ponder and act over the state of both men and women and ways that could be taken to make their situations better. Since it is a true story and not a creation of imagination, it may take the reading experience to a different level because of the touches of realism and real-life elements. It would transport the readers to a world where the worries of caste and class are far behind, and subjects of love, peace, and connection on a human level take the forefront. The story “Pyaari: Tarawali Ek Satya Katha” by Rajneesh Dubey published by Astitva Prakashan should be read by all readers not just for its realism and inspiration from real life but also for the different issues it raises which are mind-boggling and critical. It would take the readers on a fairytale spin and bring them to the bitter realities of the happily ever after. Therefore, it completes the circle of life and hence, a recommended reading.