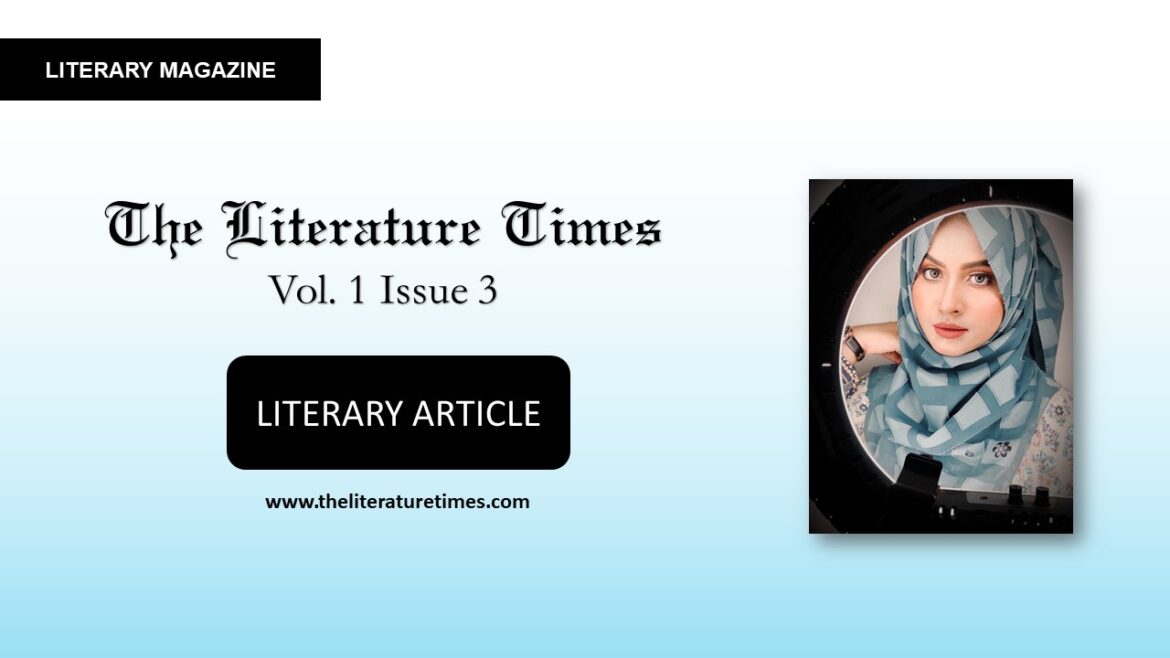 Soudia Parveen from West Bengal, is an Author of the best-selling title: – “World of my words”.

By profession, she is a Book reviewer, Podcaster, Interviewer and currently pursuing majors in Psychology. Currently working for The Rise Insight and The Asian Literature Newspaper and Magazines!

Soudia Parveen (Author) has published her debut book “World of my words” in 2021 and contributed her write-ups in a number of short stories and bestselling anthologies. Added up to this, Soudia is a podcaster in the Spotify music, Jio Saavn, Gana music, iTunes, etc. and does book podcasts for the Evincepub publishing company. Putting emphasis on such a young contributor’s talent, she is also a reviewer and an interviewer in The Literature Times Magazine and runs her personal podcasting channel on Spotify music!

There are no thresholds in “creativity”!

To be creative one has no compulsion in being highly active intellectually and a good performer in academics! Creativity shows up in an individual when it’s never expected and is continued endlessly and eternally.

In the most general sense, one should not have to be a writer or an artist to be called “Creative”. He/She can create anything of their choice and out of the box to be considered one!

Creative are those who accomplish a task without limiting to one option and have a good hold in hypothetical thinking.

A ‘failure’ in academics can be extremely good at sports as well as a ‘Topper’ can be physically unstable to succeed through any physical activities, which is further analyzed as having a possibility in the differences between their creativity levels and not intellectual abilities!

Hence, it is proved that to be creative, one is not bound to be intelligent and have excellence in academics!

Creativity is something which is not performed on a regular basis. Whatever is performed regularly becomes a routine which is further considered as the job of that particular individual!

For instance: -“Why do we consider a homemaker not so creative than that of a chef?

The answer to this is: – “The flexibility in the preparation of the food!”

In conclusion to this, a chef is more praised and appreciated than the homemaker because of the differences in the creativity!

“No such things in the world with thresholds can be a ‘creation’ whereas, no such ‘creation’, in this world with limitations in thinking effectively can be creative”